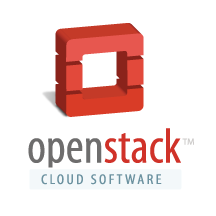 OpenStack is open source software for building private and public clouds. Originally launched by RackSpace in collaboration with NASA in July 2010, OpenStack has since won support across the IT industry from users, developers, cloud providers, and vendors from around the world.

Learn what cloud computing is, how it is revolutionizing the way we innovate, and how-to deploy your own OpenStack cloud in minutes.

Cody will demonstrate how to deploy the OpenStack development environment in a virtual machine. If you'd like to follow along on your own computer, have a clean install of Ubuntu Server 12.04 or Fedora 16 in a VM ready in advance.

Cody Somerville is a Software Systems Engineer at HP where he works to drive innovation and integration of cloud computing technology. Prior to joining HP, Cody was an engineer at Canonical - the commercial sponsor of the Ubuntu project - where he designed and implemented the image building, software package repository management, and release infrastructure used by the Professional Engineering and Services group to deliver Ubuntu pre-installed on millions of devices. Cody is also an Ubuntu Core Developer and the former project lead for the Xubuntu flavour of the popular Ubuntu Linux Distribution.